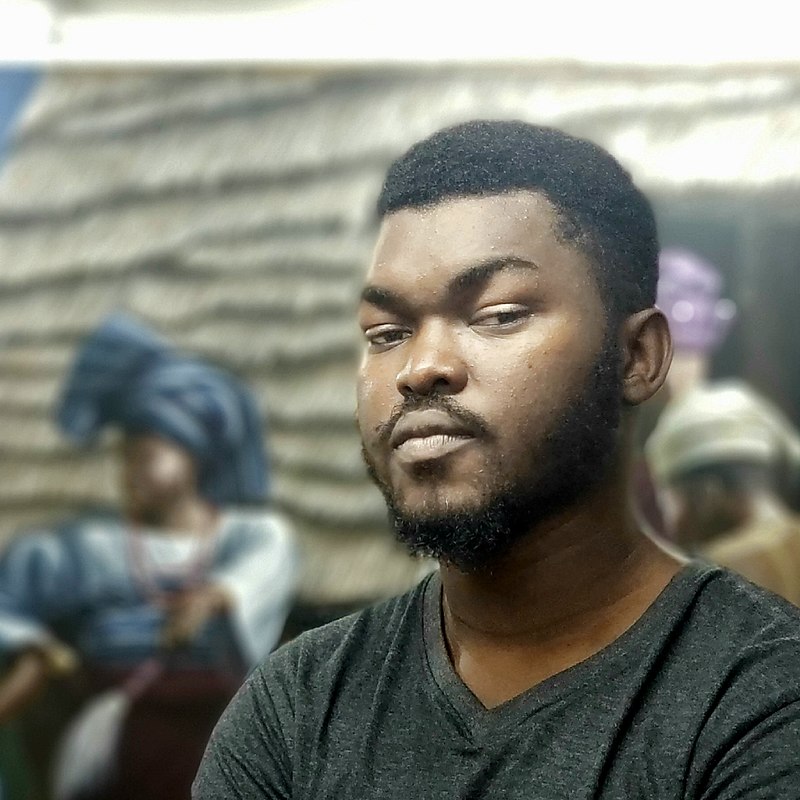 (b. 1989, Okitipupa Nigeria) Lives and works in Lagos, Nigeria Babajide Olatunji is a self-taught contemporary, Nigerian expressionist artist. He is mostly known for his Tribal Mark Series, a hyper-realistic series of portraits with facially scarified characters. His works are often markers of Yoruba cultural significance and socio-cultural discourse. He specializes in hyperrealism and trompe-l'œil art forms. He has been exhibited in the UK, USA, UAE and Hong Kong. His works have also been acquired privately by collectors such as the Mott-Warsh Collection in Michigan. In 2017, Babajide Olatunji was one of the youngest artists that participated in the Royal Academy of Arts Exhibition in London, UK. His works exhibit a deep commitment toward Yoruba history, and culture, which he researches extensively alongside other concepts of significant cultural relevance. He lives and works in Nigeria. He cites that the core of his pursuit for mastery is an understanding of the relationship between light and shadow, with reference to artists such as Caravaggio, Rembrandt, Van Rign and Jan Vermeer, who are great masters of light. Babajide Olatunji describes his art style as borne of either a thought, random feelings, random places, soliloquy, conversations, a figment of imagination or any idea that requires urgent attention or “a bright flash annoying strobe that refuses to leave his mind until something is done about it” He mostly adopts the artistic style of storytelling through art to attract and retain attention that inspires conversations. This is reflected in his collection of works, where, he used graphite on paper and coal on paper, before changing to charcoal and pastels. He is mostly spotted with an afro, shirt and shorts while often dancing to his favourite genres of music such as Jazz while working. He currently works with oil pastels and acrylic, a combination that was seen as nearly impossible in the creation of photo-realism.